The law would have required later school start times for every public school. 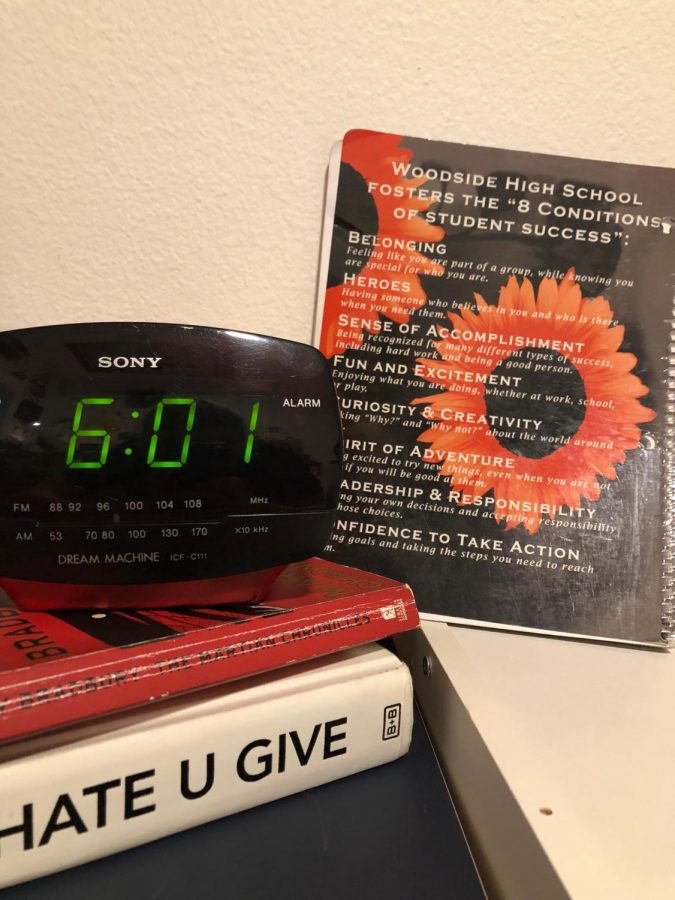 Waking up early for school

In a controversial decision, California Governor Jerry Brown recently vetoed a law stating that all public middle and high schools can start no earlier than 8:30 am.

The law -passed by the California State legislature on September 21- stated that all public middle and high schools in California were required to start at 8:30 or later. If Brown were to have signed off on this law, it would have meant a big change for Woodside High School.

“We would have to look at that the day wouldn’t get shorter,” Francisco Negri, Head Guidance Counselor at Woodside High School said. “[School] would just have to go later, which means everything else would be pushed back.”

Brown had until the end of September to decide on this law. It took him only around half of the time that he was allotted. And his final verdict effected more about half Woodside’s population: those who start school before 8:30.

But for some students, while the law might affect what time classes start, it won’t affect what time they get to school. “My parents are divorced and when I stay with my dad I get to school at 6:30 to 7:00, and I am pretty much just sitting around because I did all my homework the night before,” Trinity Slack, a freshman at Woodside, said.

“I would say that there is probably around 40 to 45% of students have a first-period class, so close to half,” Francisco Negri, Head Guidance Counselor at Woodside High School explained.

Brown considered different aspects of the law when he choosing how to sign. For instance, many families have two working parents and the average hours for a day job is from nine to five. If school for their kids starts at nine, then their kids would have to be at school early.

“There are kids who need to get to school, but their parents have to get to work and then their kids can just wait around at school, because that would be unproductive,” Tal Dickman, a freshman at Woodside, said. “It would benefit the parents, school, and student to have a first period.”

Administrators have differing opinions about the controversial topic, but at Woodside, many see the merits of an early start.

“Students first thing in the morning, usually are a little bit stronger and a little bit more attentive,” Francisco Negri, Head Guidance Counselor at Woodside High School said. “Later in the day, especially after lunch, students are a little bit harder to sit still and harder to pay attention.”

Within the decision, both state lawmakers and Governor Brown have had to consider the health and wellbeing of the students.

“Teenagers should probably be getting anywhere between eight to ten hours of sleep a night,” Nanette Pasion, the health aid at Woodside, said. “I think that the majority are not getting that amount of sleep.”

ven though Gov. Brown did make his decision for the state, each city can decide for themselves whether or not they would like to implement this law.

Catherine Greenberg, a freshman at Woodside, believes that “I think that this is an interesting topic…because this law would have affected Woodside and each person has their own point of view.”