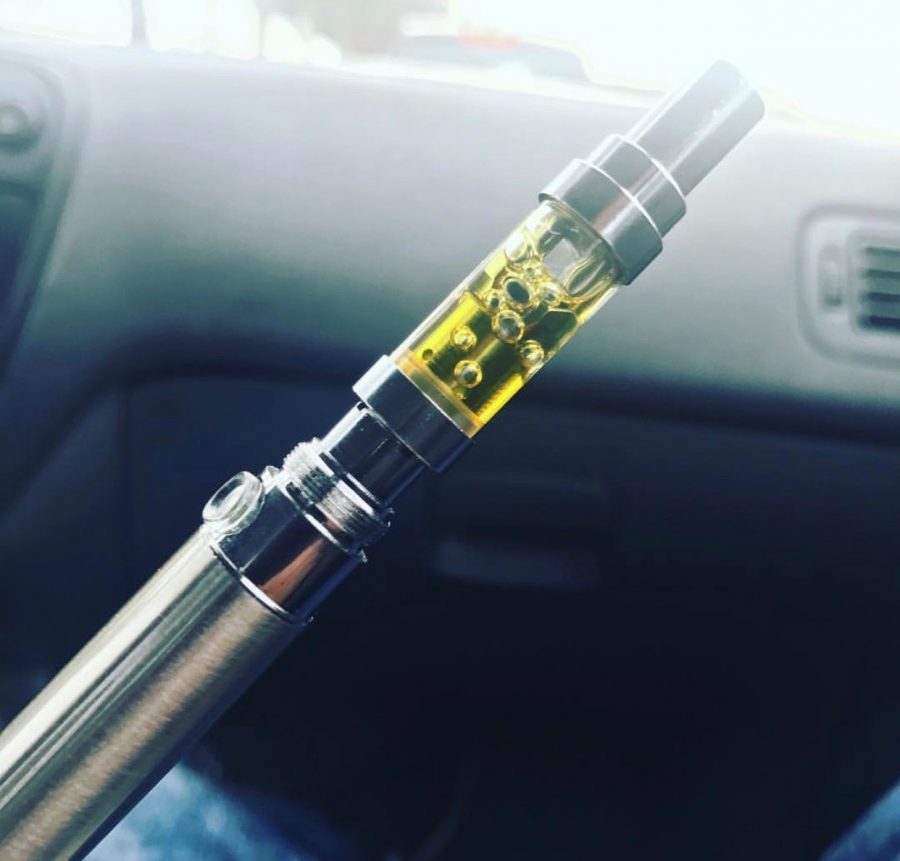 A anonymous high schooler was willing to send in a picture of a wax pen.

With weed’s accessibility to teens and recent legalization, its technology of consumption has advanced. Sweeping high schools across the country, marijuana THC wax pens are a new way to get high discreetly and on-the-go.

Over the last few years, wax pens for drug use have become strikingly popular among teens. They can be colorful with various appealing flavors and are usually thin and discreet, hence the name “wax pen.” Most wax pens don’t even have a smell, making regular use private and easy. THC wax pens come with a charger and don’t require anything for use except battery power.

THC oil and wax can come in various different strengths and strains. This allows a controllable high that can start and end whenever the user wants it to, with no excess or limit to the amount the user can consume at once. Wax is extremely concentrated THC, so its strength can be up to five times stronger than any standard marijuana bud.

Students who buy wax pens think of it as an accessible way to get high at concerts and parties and with friends, but this availability often leads to everyday use and dependency.

“My boyfriend, an honor roll student-athlete, bought a wax pen a few months ago. Ever since then, he calls me every night before bed using it. He says he can’t fall asleep without it,” Source #1 says.

People even use wax pens in school. Bathrooms, quiet hallways, and even classrooms are now places to get high.

“Sometimes I’ll be walking to my next class in the crowded hallway and just see a cloud of vapor above everyone and immediately know that someone is hitting a wax pen,” Source #2 says.

While vaping seems harmless and easy, it has taken a toll on some students’ motivation and performance in everyday life, particularly in school.

“I just sold my wax pen. While it’s fun to get high without anyone knowing, I started seeing my grades take a hit and started to feel dazed and unmotivated all the time. I didn’t like who I was becoming so I got rid of it,” Source #3 says.

Some students attribute their wax pen use to self-medication and relief from anxiety and stress that comes along with high school.

“The rising popularity of wax pens can be attributed to how easy they are to use, both at school and at home, recreationally and for self-medication. My friend with anxiety uses a wax pen to help with panic attacks and migraines,” Source #1 adds.

The availability of advanced marijuana technology has also increased with the increasingly loose policies around medical marijuana cards. Medical marijuana prescriptions can be distributed to anyone over 18 with just a three-minute video chat with a doctor online.

“My best friend got her med card by calling a doctor online. He asked if she had any history of drug abuse, and then if marijuana helped her cope with pain. She answered no and yes, and within three minutes she had a med card,” Source #4 says.

Although wax pens have become so widespread among teens, especially at Woodside High School, the majority of students still choose to keep their distance. While they are widespread, most students are careful with the use of wax pens and reluctant to buy one for themselves.

“A lot of my friends have wax pens, but I kind of don’t have any desire to get one. I’ll hit one at a party every once in a while, but I have no idea what’s even in the wax,” Source #5 says.  “I feel like in a few years, doctors will be like, ‘Wax pens cause cancer,’ and I’ll be happy I didn’t ever get one.”