Many Bothered by BMI 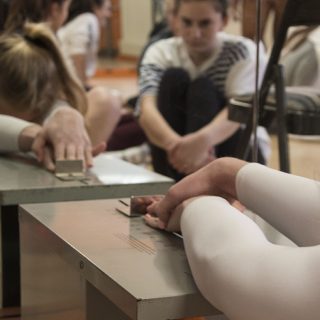 Despite being a mandatory assessment in California schools since 2001, the BMI fitness test still sparks controversy among students.

Adolphe Quetelet, a Belgian mathematician, created the Body Mass Index (BMI) in 1832.  Today, twenty-one states, including California, require the BMI. Schools use it both to find the height to weight ratio of a student, as well as their maximum rate of oxygen consumption (VO2). A student’s BMI also determines their passing mile time for the fitness test.

“They’ve always [required] the height and weight, but not only do you need it for the BMI… you now need it for the VO2 max,” says Laura Perdikomatis, a Woodside physical education teacher.

Although a higher than average BMI can increase the risk of getting certain diseases such as heart disease, cancer, and diabetes, Perdikomatis acknowledges that a high BMI does not mean a person is unhealthy.

“We tell the students that the BMI is not a measure of your health,” assures Perdikomatis. “You can be twenty pounds overweight and be very healthy.”

Some students view themselves differently as a result of the BMI test, including freshman Jade Yen, even though her doctor affirmed that she was healthy.

“I’m not underweight to the point where it’s a health issue, and I’m not overweight, but…  based on the BMI, I am underweight,” reveals Jade Yen, a Woodside freshman. “I don’t like it because I feel like I’m unhealthy even though I know I’m not.”

A number of students are concerned about the reliability of the BMI as a measure of health.

“The BMI is more of a generalization and it is not exactly accurate,” declares Roxy Reid, a freshman at Woodside. “Some people can be taller but skinnier because that’s just how it is.”

A common concern is that the BMI is not as faultless as it should be while determining student health. Perdikomatis agrees, but removing the test is more difficult than it seems.

“Three or four years ago… we asked the district to throw out the BMI [because] it’s not about your health,” adds Perdikomatis. “But they said, ‘no, it’s state mandated.’”

Perdikomatis and other P.E. teachers are also worried about the psychological effects of the BMI on students. They understand that it can cause student stress about weight and trigger more serious issues such as eating disorders.

“I always tell my students that if this is going to be a trigger for any eating disorder, you can tell me after,” says Perdikomatis. “That’s the main thing we’re worried about.”

Perdikomatis believes that a large part of health is self-acceptance and feeling comfortable withbody image.

“Until you accept what you have and actually love your body, then you will treat yourself right,” expresses Perdikomatis. “If you lose weight, you lose weight. If you don’t, you’re still better off than if you’re on this diet cycle, which can be really bad for your health.”