Small Steps to a Larger Acceptance

LGBTQ+ representation in the media 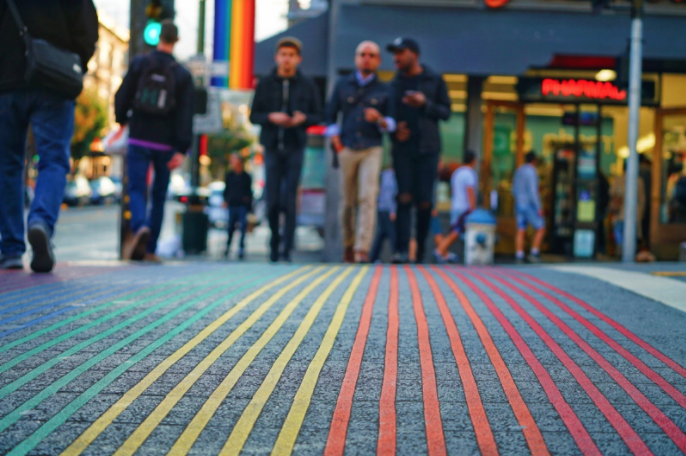 Photo by Max Templeton on Unsplash

The provocative magazine will be presenting Ines Rau, 26, in their upcoming November issue.  This has caused mixed feelings among many, as well as sparked the conversation of LGBT representation in the media.  Woodside students and staff have spoken out against LGBT portrayal in entertainment.

Mr. Mueller, an English teacher and supervisor of the Rainbow Club at Woodside, says, “The LGBT community can sometimes feel intimidated to be honest about who they are, and if they see representations of themselves in the media, then they can feel like they’re a part of that community and feel more secure and confident about being themselves, knowing that there are others in the larger community that can be role models to them.”

Having the proper LGBT portrayal of their lives is important to Woodside staff and students.  However, having an honest depiction is difficult when less than 5% of the LGBT characters on ABC, CBS, The CW, FOX, and NBC are a part of the LGBT community according to GLAAD’s Where We Are on TV 2016-2017 report.  Society should take small steps rather than big ones, as the inclusion statistic is up 35 more people from the preceding year.

Caden Hansen, a sophomore at Woodside and proud LGBT advocate, affirms, “I think the huge improvement in our media and entertainment representation is that the LGBTQ+ community is included at all.”

In a 2016 study, only 36% of major studio films (with LGBT characters) passed GLAAD’s Vito Russo Test.  This examination of the movies takes into account a character’s role within the film in comparison to their sexuality.

An anonymous source states, “Currently, we still have representation that is highly stereotypical…(we need) stories where a person’s gender and sexuality are not the only pieces of their identity being depicted.  They are full, and vibrant and dynamic characters.”

A myriad of television LGBT representations prolong the emphasis on the sexuality and gender identity of LGBT characters in entertainment often leads to misconceptions that become prolonged and serve as a precedent for new LGBT characters.

Hansen expresses, “In order to create accurate representation, people who have actually experienced being LGBTQ+…and the difficulties that arise as a result must be taken into account and truly listened to; we need to have a say in writing our own stories.”

LGBT portrayal in the media and in entertainment is critical to a more progressive, accepting society, as 10 million Americans (4%) are openly a part of this community (and as predicted by demographer Gary J. Gates, will grow to 10% of the population).

Hansen states, “I think it [proper LGBT representation] shows the world we’re not afraid of who we are despite the threats to our safety and happiness that come with just being alive, and [proper representation] gives those who still are afraid the courage to speak up and come out.”

According to studies about growing up LGBT in America, from the Human Rights Campaign, 92% of LGBT youth say they are exposed to negative LGBT connotations by their peers, school environment, and the Internet.  The concept of the first transgender Playboy Bunny arises conflicting feelings among many, including those within the LGBT community.  However, there is hope that accurate representations in the media today will empower the LGBT community of tomorrow.

Mr. Mueller concludes, “I’m ambivalent about trans models in Playboy. On the one hand, not all representation is positive representation. The trans community has been oppressed by demeaning stereotypes in the past. It’s important that the members of the LGBT community push for representation that is affirming and empowering. On the other hand, if hiring trans models for Playboy means that trans women and cis women are being treated equally, perhaps this can been seen as a step in the right direction.”