The pros and cons of a later school start time 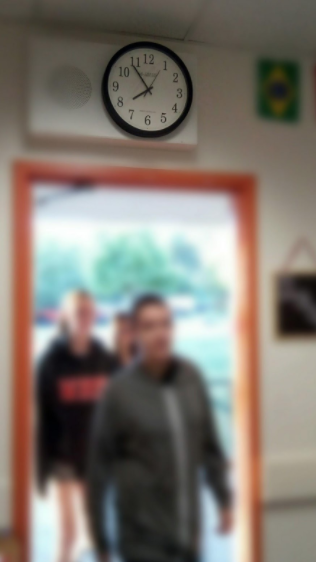 To add to the problem, more than two-thirds of teens get under the recommended eight hours of sleep per night.  In addition, a survey by the National Institute of Mental Health found that a mental illness affects approximately one in five youth, leading to rapidly climbing teen suicide rates.  The Centers for Disease Control and Prevention connected these two statistics in a claim that sleep deprivation can lead to mental illness among other problems.

Although Woodside students have the option of starting at nine a.m., 62% of students begin at eight and about twenty-five students arrive at seven a.m. for Jazz Band.  Woodside counselor Katrina Rubenstein understands these morning classes can be challenging.

“There are students that prefer to start at nine… but they’re not able to do that because it’s just a roll of the dice of where their classes fall,” Rubenstein explains.  “In some ways I think it would be good to have a later start, [but] my preference would be that everyone just starts at the same time.”

However, she doubts whether adjusting school hours would be beneficial, especially due to the Bay Area’s morning traffic.

“I’m not sure if students would necessarily sleep more,” Rubenstein warns.  “If they have to still get up early because of traffic, I’m not sure if that would help with the quantity or quality of sleep.”

“If you’re still in the same number of classes, I don’t know much how [starting later] would really impact [stress],” Rubenstein adds.  “We [also] have a lot of students who work after school, and [starting at 9] could make it tougher on them and even more stressful.”

Freshman Nicole Kirkorian, who approves of the current schedule, has similar concerns.

“I like that we get out at 3:10.  At my old school we got out at 3:30, [and] the time difference helps me have more time to do homework,” Kirkorian states.  “I would like school to start later, but I wouldn’t want it to end later.”

Callie Reed, new to Woodside this year, teaches modern European history as well as government and economics.  Stephanie Finander teaches calculus and physics.  Both teachers disagree with Rubenstein and Kirkorian’s views and believe a later start could benefit the students’ mental health.

“Teenagers don’t get enough sleep… I think they’d probably stay up just as late [if the start time were later]; so if they come to school later, then they’re sleeping more,” Finander decides.

Reed echoes Finander’s opinion as she details her ideal schedule.

“I would say nine to four [would be a good schedule],” Reed affirms.  “Students would be more awake, they would be able to concentrate, and they wouldn’t be as tired.  So, I think that would increase work ethics.”

However, while both teachers believe a later start time may aid the students, the current schedule satisfies them personally.

“Usually the people who have regular jobs are not shopping yet, so I can get my shopping done faster between three and five,” Finander admits.  “I think [later hours] would be more inconvenient for me, but I think it would be better for the students.”

Woodside senior James Shaw sides with Finander and Reed; he would prefer if his start time of nine applied for the entire school.

“Eight a.m. is pretty early, but I… had to drop weightlifting because I broke my elbow, so I dropped first period,” Shaw recalls.  “I would say nine a.m. is a pretty good start time.”

Still, one of Shaw’s main concerns aligns with Rubenstein’s: extracurriculars.

“Obviously if school goes until five p.m. it’s a little bit less reasonable to have football practice afterwards,” Shaw observes.  “And a later start would entail a later end; so if I have to go to work at four, then that’s something I would have to coordinate.”

With such a schedule change, the responsibility of resolving these time-related conflicts would fall on the students.

“It’s managing time,” Rubenstein insists.  “With any start time, [the students] have to figure out what they’re willing to do and what’s going to help them accomplish it.”

Disregarding the stress of ending later, most students and staff agree that a school-wide schedule change could be rewarding.

“I think a later start time could improve stress in a good way,” Shaw concludes.  “If you can fall asleep at two and then actually have enough time to wake up for school for a later start time, that would help a lot of students.”