Preserving the Arts in our Community

Student’s opinions on the importance of the arts 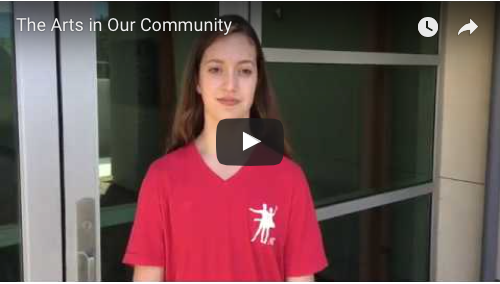 With recent budget cuts to the arts, and the perpetual evolution of dance, photography, music, drawing, and literature students express their feelings about what the arts mean to them, and why they are so important in society.

“When I hear the arts, I think of visual arts like painting and drawing an then dance photographer meter and music,” states Milena Raeber, freshman at Woodside High School.

Being a ballet dancer, with a father in photography it is easy to say that Raeber grew up surrounded by the arts. However, she admits that the arts are evolving.

“I think people still care about dance, music, photography, drawing, and but they don’t care about the arts as they were. For example music has evolved in past centuries it used to be classical and now people like rock more,” Raeber explains.

Not only do artists care about the arts and the effect they have, but so do athletes.

“I care about the arts,”  states Coby Kraus, freshman at Woodside High School. “But it has not had a direct impact on me personally,”

According to Mrs. Hanson who has lived in Mexico for three years states that the appreciation for the arts in the United States are very different than the appreciation that people have in other countries.

“People use art as a form of expression due to oppression,” explains Mrs. Hanson, “so a lot of people, and their art is a way to express who they have been oppressed through murals and handicrafts to oil paintings, many people use it as a way to tell the upper class about their struggle,”

Currently, however, Mrs. Hanson says  that the arts are evolving in Mexico as well, and people are expressing different emotions through their work.

“Now the arts are appreciated in terms of skill which many people in the United States do not use,” states Mrs. Hanson, “Such as the art of making things handmade such as sewing, weaving, those are skills that are somewhat lost in an industrialized nation and I think those countries due to the very big divide between the rich and the poor value the arts more,”

In Mexico, Mrs. Hanson states the arts are a part of everyday life, and that is one of the main contributing factors to survive.

“A lot of people use the arts to maintain their livelihood and I think they are valued a lot more in those countries and people learn to use the arts as a way of expressing themselves,” states the Spanish teacher, “as well as providing for their families.”