How Fidget Spinners Are Creating New Distractions For Students 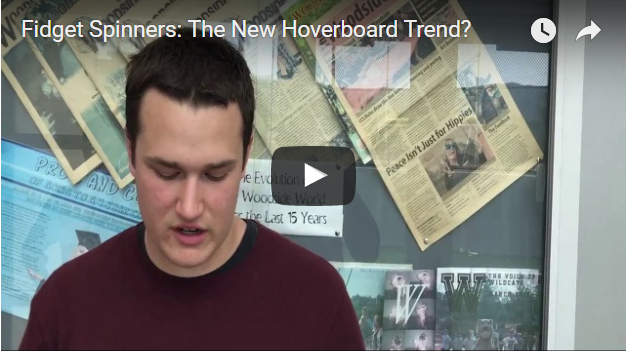 The new passing trend amongst Woodside students are fidget spinners, gyroscope-like devices that advertise treatment for stress, concentration, as well as disorders like ADHD.

Popularity around these novelties has increased at a rapid rate, and most local convenience stores now sell the gadget on their countertop. While a few schools around the Bay Area placed bans on fidget spinners, Woodside has yet to respond to the controversy. John Arner, a chemistry and physics teacher at Woodside, believes the decision should be left to the teachers.

“It’s no surprise every kid has one now, but it doesn’t mean every kid will misuse it,” Arner commented. “If I were the administration, I would leave the ban decision to the teacher.”

While the cheap gadget may provide temporary enjoyment for a student, it may not live up to its promise of increased focus and reduced stress. Nicholas Resler, a senior at Woodside, admits he purchased a fidget spinner at the peak of their popularity. However, for Nicholas, it became more of a problem than a solution.

“I used while I was doing homework and I eventually was focused more on my spinner than the assignment,” Resler stated. “It makes a whirring noise when you spin it that’s super distracting.”

David Anderson, PhD, a clinical psychologist from the Child Mind Institute, debunked the false claims surrounding the supposed treatment for ADHD from the fidget spinner.

“There’s no psychologically recommended gadget,” Anderson reported on behalf of Tech Insider. “If a device is new and popular, that means it has no scientific studies to back up its purpose. Studies like that take months to finalize, and there has never been a specific device that promises care for these types of disorders.”

Saturday Night Live has taken their own “spin” on the device, mocking it as a false necessity people don’t really need. While the hype around fidget spinners may only last a few more months, students will be spinning them in classrooms worldwide for the time being.