Netflix’s newest hit has brought plenty of controversy, and for good reason 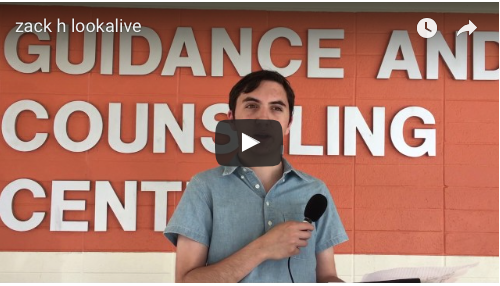 In its first couple of episodes, 13 Reasons Why sets a stage for commentary on teenage life, the effect of bystanders, and of course suicide. But what follows instead, is awkward and inconsistent, leading to one of the most off-putting releases Netflix has had in recent memory.

These complaints come from a variety of reasons, but mostly fall under the show’s atrocious acting, which sets loose any immersion into the show’s heavy subject matter. Instances include Clay, a character whose social anxiety offsets him from immediately solving the shows myriad of mysteries. A character like this at the front of such a publicized show sounds interesting at first, after all, it presents that the series isn’t afraid to tackle mental issues besides suicide or depression. Yet, all this intrigue falls through when the show’s writers always focus on his social ineptness instead of any other aspects.

As a result, Clay is completely devoid of any personality. Faced in a dangerous situation where he has to scale up a cliff? “Oh well, I hope my mom isn’t worried that I’m not picking up my phone.” Clay remarks.  (This is a real scene by the way) Needing to choose between the school’s popular kids or an acquaintance that is shady if you’re gullibility is through the roof? Guess what? Clay goes with the popular kids on this one. Such a flat performance is offensive to anyone who has social anxiety, and I haven’t even gotten into the main subjects of the show yet.

Acting on other sides is less jarring, but still not exceptional. A character committing an atrocious act in one of the series final episodes, should make you despise them like nothing else, but the show already gives us reason aplenty to think this way. After all, an element of surprise in characters is essential to portraying trauma and subsequent drama. These themes continue when Hannah, the show’s main character is backstabbed by others. Just based off of the way her peers act we already know what’s going to happen, which doesn’t make the show any more interesting, instead devolving it into a form of unintentional dramatic irony. All this really does is give more reasoning to why the show’s suicide tapes were created, so viewers don’t see it as a convenient plot device. And, when there are exceptions to this rule, such as a school psychologist not understanding the main character’s pain, little is given for why.
“It’s not a good representation of schools, especially here,” said counselor Vanessa Kaline.