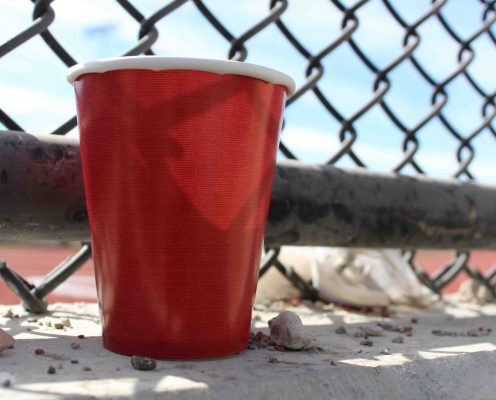 The party scene at Stanford University took a drastic turn after Brock Turner was convicted of raping an unconscious, graduate student behind a dumpster on campus.

Turner was convicted of raping an unconscious and intoxicated graduate student outside a Stanford University fraternity at  in late January 2015. He was given six months jail time, but only served three months.

Stanford immediately took steps to help the victim and banned Turner from setting foot on the campus. According to CNN, Stanford also put forth a policy that prohibits high volumes of distilled liquor for all undergraduate students and parties that are not 100% of age students. Stanford took action to resolve the alcohol consumption and the risk that goes along with it.

The party culture and alcohol consumption at Stanford has always been an issue and the scandal involving Turner gave them a chance to make a change.

Stanford president, John Hennessy, stated in Stanford News, “We called on the community to generate solutions that meaningfully change the campus culture around alcohol.” They hoped to get the students opinions towards the new policy and took into consideration how it would impact them.

Alcohol consumption can perceive a certain impression upon people, meaning that those who drink, tend to leave an impression among those who do not. By limiting the consumption of alcohol, Stanford hopes to reduce the dangers that accompanies drinking.

On a student run website that disagrees with the new policy,  a Stanford student wrote, “Research tells us that women who are seen drinking alcohol are perceived to be more sexually available than they may actually be,” Stanford officials said.

This statement created an issue among students who did not approve of Turner’s sentence as it it seemed to protect rapists and give blame to the victims. A site called thinkprogress.org, run by students, expresses how this new alcohol policy is protecting rapists by “telling women to be careful about how they might be perceived by men if they drink.” This ban on hard alcohol will help those who feel tempted to rape when alcohol is in their system.

One male student at Stanford who wishes to remain anonymous told Woodside World, “For some, being drunk serves as a justification for behavior that is demeaning or insulting, including the use of others as sexual objects.”

Many believe that this new policy will cure the issue of over-partying and risky behaviour occurring. “Our intention is not a total prohibition of a substance, but rather a targeted approach that limits high-risk behavior and has the backing of empirical studies on restricting the availability of and access to alcohol,” said Elaine C. Ray who was involved in the decision of the updating of the alcohol policy.

Brock Turner blames the previous policy that made the consumption and obtaining of alcohol easier for raping 23-year-old graduate student.

He explained in a letter to the victim, “I’ve been shattered by the party culture and risk taking behavior that I briefly experienced in my four months at school.” He continued to defend himself by blaming his actions on alcohol and many, including Judge Pesky, who took care of his case, believed him.

After only a short sentence of three months in prison of his six month conviction, he was released and went back to his family home in Ohio.

Michele Dauber, a law professor at Stanford University, opposes the new alcohol policy. She explains how the policy is just going to “drive it under the ground and encourage this super quick consumption not in a public area.”

Dauber believes that this policy will not stop largely dangerous alcohol consumption, but force students to hide it, which could lead to more dangers. Her extreme involvement in the alcohol policy and Turner’s case has made a big impact on other victims of rape. Her twitter account shows her involvement in the Turner trial and other rape culture events. She continues to hold peaceful protests to support victims of rape.

Judge Pesky’s conviction of Turner added to the frustrations that sexual assault and rape is not taken as seriously as others believe it should. Pesky was under a lot of scrutiny because of the small amount of jail time he sentenced Turner to. Many disagreed with Turner’s sentence including Dauber who organized several protests to recall Pesky’s decision, but never succeeded to change his mind.  Judge

Dauber expressed her aggravation towards the judge, “I don’t want victims to be with a judge who isn’t compassionate about sexual assault, who doesn’t understand the trauma and isn’t going to take the crime seriously.”

Barbara Jones, a mother from Redwood City, expressed her concern for her son who wants to attend Stanford. She had been talking to her son about colleges since he is a senior and close to thinking about his future. Stanford was his top choice and had the grades in order to be academically applicable. Although the new alcohol policy does not bother him or his mother, but the Brock Turner scandal causes worry for Ms. Jones.

“I do believe this rape case has affected Stanford’s reputation and I appreciate that they have taken a stand to fix the policy to obtain alcohol, but I honestly don’t feel comfortable sending my child to the school,” Ms. Jones told Woodside World. Her son, who wants to remain anonymous, had been considering Stanford for many months and this entire scandal has had him reconsidering his decision. He wants to get a good education and not have it be inflicted with students who are disrespecting women and blaming it on alcohol instead of taking responsibility.

Jones stated, “I worry about him falling into the wrong crowd and being with students who think rape is okay and that alcohol is an easy excuse for people to make bad decisions.”