Some Woodside students have joined a school-wide campaign to create AP Government and Economics classes. 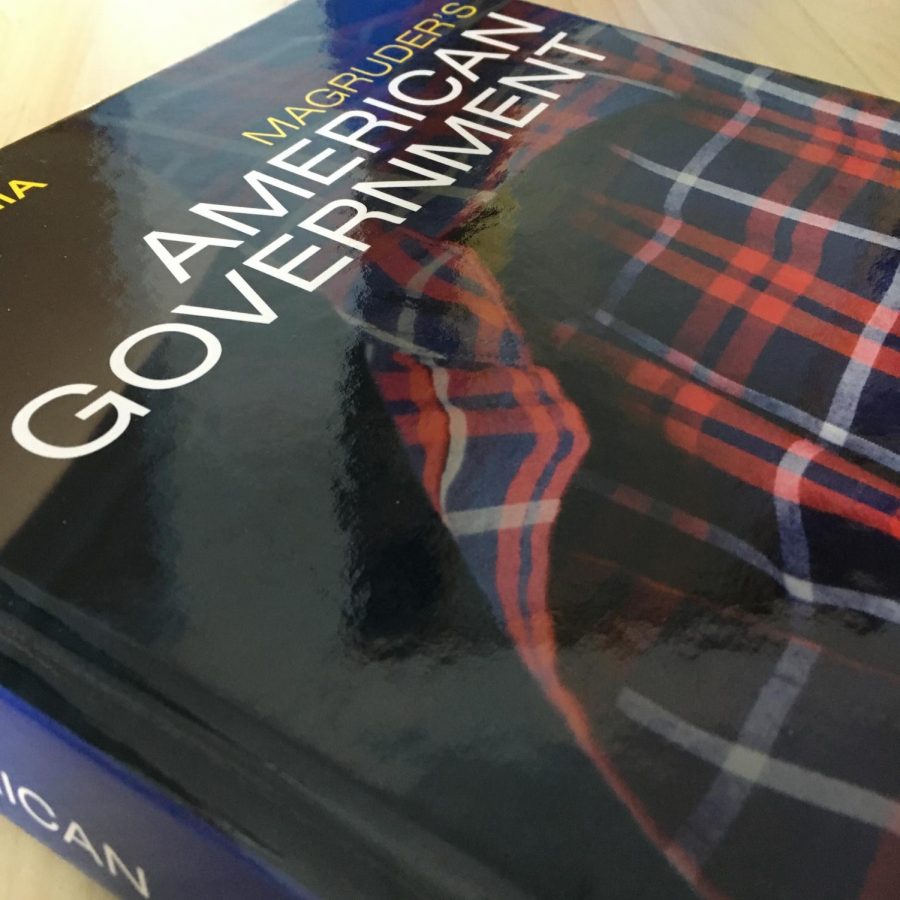 Three Woodside juniors, Connor Spackman, Daniel Longo, and Robert Sellman, proposed starting Advanced Placement (AP) Government and Economics classes at Woodside. Since early January, they have gathered signatures from more than 24 students who have rallied around the potential new class.

“We are seeking to create a rigorous class for students to learn about economics and government in depth,” stated Daniel Longo, speaking on behalf of the three students leading the movement. “In our experience, AP classes have provided enriching experiences and allow us to further explore curiosities in an academically demanding setting. We love to learn, and an AP Government/Economics class (as currently offered at Carlmont) would provide us with an avenue to explore our interests in the subject matter.”

This sentiment is backed by many who are discontented with the lack of an accelerated senior-year social studies class.

“I think the class would be very beneficial, and it would be more enriched,” said Isobel Williams, a junior at Woodside. “A lot of my friends, who are going to be seniors next year, really like the idea of the class because it’s something we’ve been looking forward to. At my old school, there was a really good program, and it was very successful. I think there definitely would be interest in the class.”

After gaining student support, the group went to discuss their idea with teachers, asking whether they would consider the possibility of creating an AP Economics class. They first talked to Woodside government and economics teacher Jesse Manzo, who has brought the request to the social studies department.

“As far as I can tell, we are going to have a conversation; we’re not just disregarding it,” said Manzo. “We’re just going to discuss and air our opinions and see what we ultimately believe is going to be the best course of action.”

However, the students face doubts and opposition. A large concern is the difficulty in gathering enough people who are eligible, as the class would require high-level math.

“We couldn’t do it without a lot of interest, and I just don’t think that there are enough students with that level of math that would also be interested in taking AP to fill that class,” stated Woodside history teacher Gregory Gruszynski. “I think that there is a way to teach the class… without it being calculus, but I think [knowing calculus is] really the bottom line of requirements with AP econ.”

Another issue that teachers have is whether or not the class will count for college credit and allow students to skip introductory college classes.

“It’s not really going to be college-level,” added Gruszynski. “A lot of universities wouldn’t give you credit even if you did well on the AP exam. If you’re an econ major, because it’s just so foundational, [some colleges] are going to say that you have to take [introductory courses] regardless for your major.”

The last issue brought up by the teachers was the idea that the senior year classes should not be split up into AP and mainstream classes because of potential racial and socioeconomic segregation.

“On purpose, we don’t have AP or advanced standing for government or econ,” stated Gruszynski. “We want there not to be an exclusive group of students that are more highly skilled and more affluent, and… it tends to be more white [students] taking AP class[es.] What we want as a department is for there to be less division amongst the social classes in our first year and last year students. So, there are common experiences, for better or for worse, and our idea is that it’s better for everybody to be all mixed together in those classes. But AP classes are basically a way of segregating the school, and an AP Econ class, more than any other class, would probably segregate, because of the math level.”

As it stands, the movement towards an AP Economics class faces many problems; however, it is not impossible, and the students remain hopeful.

“While we are aware that some teachers may be apprehensive to create new advanced classes, we work to express to them our tremendous desire to learn in a rigorous classroom setting and to take a deeper dive into this subject,” Longo stated in response to these doubts.

For now there is no way to be sure what the social studies department will decide, especially given the current focus on adapting to online learning. At the very least, though, students can take comfort in the fact that they are being heard and that their suggestions will be discussed.